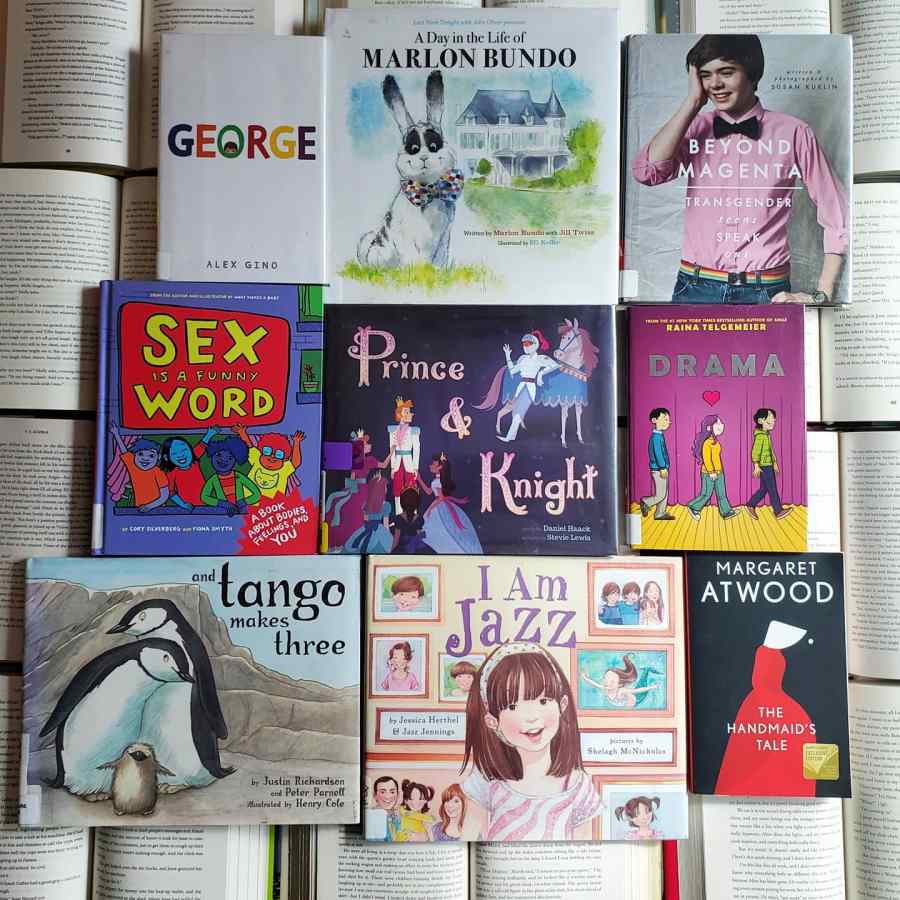 What is it?
Banned Books Week is an event held every year at the end of September and beginning of October, celebrating the freedom to read. During this week, books that have been challenged and/or banned in the past are highlighted in order to draw attention to the dangers of censorship. This year Banned Books Week is being celebrated from September 27th through October 3rd, 2020.

Challenged vs. banned
A challenge is an attempt to have a book or other item removed or restricted. A ban is when an item is successfully removed from a library shelf or a school’s curriculum. Thanks to the efforts of teachers, librarians, parents, students, and other community members, challenges are for the most part unsuccessful and the materials are kept on the shelves.

Who makes the challenges and why?
Many challenges come from library patrons, they find something on the shelf that they believe shouldn’t be there, or they have a child come home with a book that they find questionable, or they see a display promoting certain books that they do not agree with, or programs that they do not wish to see in the library. Parents of school children also challenge books, particularly those that appear in their child’s school curriculum.

3. A Day in the Life of Marlon Bundo by Jill Twiss
Illustrated by EG Keller
Challenged and vandalized for its LGBTQIA+ content, political viewpoints, for not including a content warning, and for fears of polluting morals of its readers.

4. Sex is a Funny Word
by Cory Silverberg
Illustrated by Fiona Smyth
Challenged, banned, and relocated for LGBTQIA+ content, for discussing gender identity and sexual education, and concerns that the title and illustrations were inappropriate.

5. Prince and Knight
by Daniel Haack
Illustrated by Stevie Lewis
Challenged and restricted for featuring gay marriage, for being “a deliberate attempt to indoctrinate young children”, and for conflicting with a religious viewpoint.

6. I Am Jazz
by Jessica Herthel and Jazz Jennings
Illustrated by Shelagh McNicholas
Challenged and relocated for LGBTQIA+ content, containing a transgender character, and topics that are sensitive, controversial, and politically charged.

7. The Handmaid’s Tale
by Margaret Atwood
Challeneged and banned for profanity and “vulgarity and sexual overtones”.

8. Drama written and illustrated
by Raina Telgemeier
Challenged for LGBTQIA+ content, and concerns that it goes against “family values/morals”.

9. Harry Potter
by J. K. Rowling
Banned for use of magic and witchcraft, for containing actual curses and spells, and for characteers using “nefarious means” to attain goals.

10. And Tango Makes Three
by Peter Parnell and Justin Richardson
Illustrated by Henry Cole
Challenged and relocated for LGBTQIA+ content.